Check it worked by running ns

Svelte-Native really is native, so it needs a mobile device to run. The build setup for iOS or Android can be a pain, so the wizards at Progress have created the NativeScript playground app. This allows us to run Svelte-Native application code without having to build the full mobile application.

The easiest way to get started is to use the latest template app:

A fresh svelte-native app will be found in the myapp folder.

Launch your app with:

You will need to scan the ascii art QR code using the "Playground" app you installed previously. 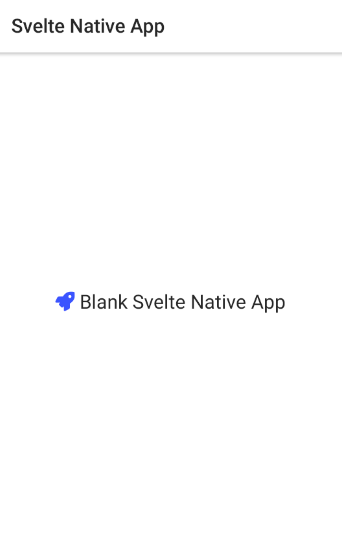 Draw the rest of the owl

You can check out the Grocery App Example for an example of a larger application.

Jump into the Docs or follow the Tutorial to get started.